The story of Miguel de Cervantes for kids

The story of Miguel de Cervantes for kids 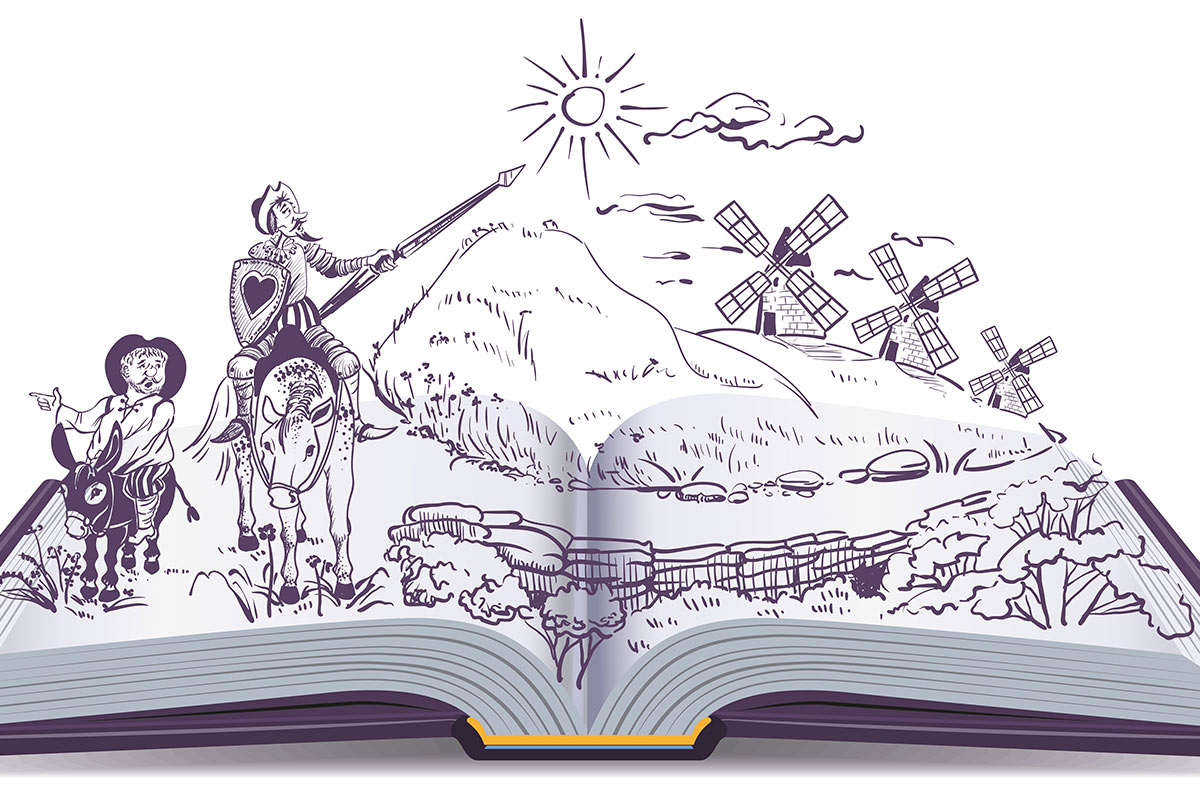 Miguel de Cervantes is one of the most famous writers in history and his life was full of dramatic happenings. He was born in the middle of the 16th century in Alcalá de Henares, a small town in the region of Madrid.

Cervantes began writing poems when he was just a child and read everything he could get his hands on. He became his own teacher as his family didn’t have much money. He visited many universities and liked to see the works of Lope de Rueda, of whom he became a great fan.

When he was still a young boy, he wounded a man with his sword and had to flee to Italy to escape justice. He enlisted in the Spanish army and fought with the Turks in the battle of Lepanto. A shot shattered his left hand and he could not use it again.

From that moment they called him the ‘one-armed man from Lepanto’. But his misfortunes did not end there. When he returned to Spain by boat, some pirates attacked him and took him prisoner for five years!

When he was released he came back to Spain, got married and began to write plays but as he didn’t make much money from his plays, he ended up in prison. This turned into one of the most important periods of his life as he used his time to write the book that gave him eternal fame: Don Quijote de la Mancha. In his novel he wrote about the adventure of Don Quijote and his squire Sancho.

In 1605 he wrote the first part of Don Quijote and ten years later he published the second part. This novel was very successful but Cervantes didn’t become rich in his lifetime and he died in 1616 in Madrid.

Miguel de Cervantes is considered today as the most important figure in Spanish literature and is known throughout the world. The book Don Quijote de la Mancha has been translated into many other languages. Did you know that it is the second most edited and translated work in history? It is only surpassed by the Bible.

Follow us on  Facebook  and keep an eye out for our next publications as we will talk about more Spanish characters!